“Salvation is more than a passport to Heaven”

“But God be thanked, that ye were the servants of sin, but ye have obeyed from the heart that form of doctrine which was delivered you. Being then made free from sin, ye became the servants of righteousness.” Romans 6:17-18

“Salvation is more than a passport to Heaven; it is deliverance from the dominion of sin in this life.” – Missionary James A. Stewart {1910-1975}

Our old hymns speak of repentance and deliverance but much of our modern day religion doesn’t change hardly anybody. What good is a Christianity that leaves men in their sins?  The Christian “religion” once had the reputation of freeing men from the bondage of sin. Our gospel was once a powerful gospel that changed lives. We could boast in the fact that Jesus Christ could make the harlot chaste and the drunkard sober and the drug addict clean. He could make a crooked businessman become honest. He was a life changing Saviour.

I believe that He still is a life changing Saviour and to preach anything less is to make a sham and mockery of the true gospel of Jesus Christ.

I think C. H. Spurgeon was correct when he said, “If the man does not live differently from what he did before, both at home and abroad, his repentance needs to be repented of; and his conversion is a fiction.”

I agree with J. C. Ryle when he said, “A man born again, or regenerate, does not commit sin as a habit. He no longer sins with his heart and will and whole inclination, as an unregenerate man does. There was probably a time when he did not think whether his actions were sinful or not, and never felt grieved after doing evil. There was no quarrel

between him and sin; they were friends. Now he hates sin, flees from it, fights against it, counts it his greatest plague, groans under the burden of its presence, mourns when he falls under its influence, and longs to be delivered from it altogether.” 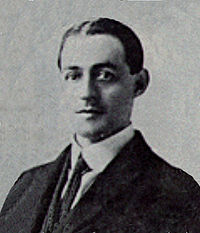